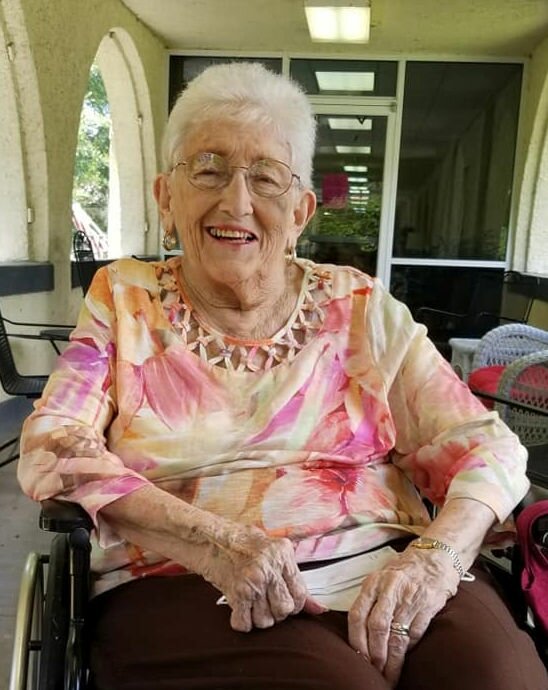 Please share a memory of Peggy to include in a keepsake book for family and friends.
View Tribute Book
Peggy Updike Zimmerman, 87 of the Elks National Home, Noble Senior Living, Bedford and formerly of Huddleston, passed away Sunday, December 5, 2021 at Pheasant Ridge Health & Rehab. She was born on July 2, 1934 in Bedford County, a daughter of the late Buford Carlton Updike and Frances Lorraine Leftwich Updike. She was also preceded in death by her husband, Jennings Bryan Zimmerman. Peggy grew up in the family business, her family having founded Updike Funeral Home. She was corporate secretary as well as hairdresser and organist/pianist of the business at the time of her retirement. She was a member of Huddleston United Methodist Church where she was choir director and organist for over 60 years. She was also a member of the United Methodist Women and Bedford Professional Women. She is survived by her daughter, Katrina O. Nester & husband, Jerry; her granddaughter, Jill N. Hayes & husband, Lt. Col. James E. Hayes; her grandsons, Kemper Hayes and Hudson Hayes; her step-children, Michael B. Zimmerman & wife, Kathy, Donald N. Zimmerman & wife, Karen, Lisa Z. Conner & husband, Anthony as well as seven step grandchildren and five step great grandchildren. She was also fortunate to have three of the best caregivers we could have asked for that allowed her to stay in her home longer than would have otherwise been possible. A special thanks to Sheila Sowers, Patricia Johnson and April Goodman. The family requests that those wishing to make memorials in her memory to consider the Huddleston Lifesaving Crew, P. O. Box 77, Huddleston, VA 24104. In accordance with CDC guidelines and recommendations, if you plan to attend the visitation and service, the family asks that you please respect their wishes and wear a mask. A funeral service will be held at 11 AM on Wednesday, December 8, 2021 at Updike Funeral Chapel, Bedford with Rev. Wayne Murphy and Pastor Jane Whitehead officiating. Interment will follow in Greenwood Cemetery. The family will receive friends from 2 PM until 4 PM and 6 PM until 8 PM on Tuesday evening at Updike Funeral Home & Cremation Service, Bedford.
To plant a beautiful memorial tree in memory of Peggy Zimmerman, please visit our Tree Store
Tuesday
7
December

Look inside to read what others have shared
Family and friends are coming together online to create a special keepsake. Every memory left on the online obituary will be automatically included in this book.
View Tribute Book
Share Your Memory of
Peggy
Upload Your Memory View All Memories
Be the first to upload a memory!
Share A Memory
Plant a Tree