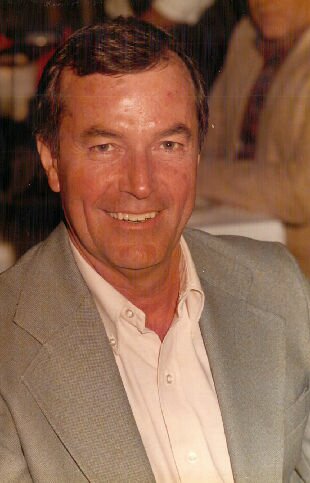 Please share a memory of Kenneth to include in a keepsake book for family and friends.
View Tribute Book
Kenneth Maleon Croft, 88, of Bedford passed away Friday, December 17, 2021. Kenneth was born April 17, 1933 in Bedford County, son of the late Jake Edward Croft and Ida Judson James Croft. In addition to his parents, he was proceeded in death by his sisters, Maxine C. Sanderson and Linda Croft Hubbard, brothers, E. Jeryl Croft, Ralph L. Croft, Curtis V Croft and Jake C Croft. Kenneth grew up Bedford County on the Northside. After release from the Army he received a Bachelor of Arts from Lynchburg College, Master of Education from the University of Montana and a Master Degree from the Indiana Graduate School of Business. He married his wife of 61 years, Liz, having met her while teaching in Punta Gorda, Florida. They raised two daughters while living in Florida, Montana, Virginia and Arizona. Ken had many careers during his life including Banking, Teaching and Administration in higher education. He most loved travel and having adventures in new places whenever he could. His sense of adventure will be missed by many. Ken is survived by his wife, Mary Elizabeth Wilkinson Croft (Liz); daughter Whitney Croft of Bedford and daughter Courtney Baker and her husband Donald of Glenwood, New Mexico; his brothers Kermit D Croft and Fred Croft both of Bedford along with many nieces and nephews all of whom he cared a great deal about. There will be a visitation at Updike Funeral Home on Saturday, January 8, 2022 at 12:00pm followed by a celebration of life service at 1:00pm in the chapel. In lieu of flowers please make a donation to your favorite charity or plant a Red Bud tree (they were his favorite). Arrangements are being handled by Updike Funeral Home & Cremation Service, Bedford.
To plant a beautiful memorial tree in memory of Kenneth Croft, please visit our Tree Store
Saturday
8
January

Look inside to read what others have shared
Family and friends are coming together online to create a special keepsake. Every memory left on the online obituary will be automatically included in this book.
View Tribute Book
Share Your Memory of
Kenneth
Upload Your Memory View All Memories
Be the first to upload a memory!
Share A Memory
Plant a Tree