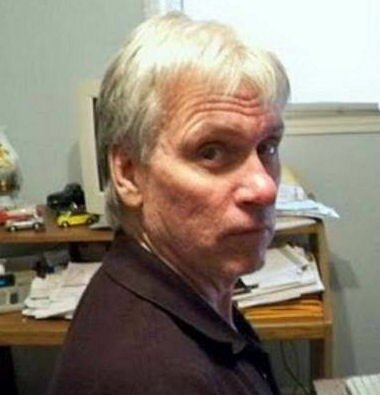 Please share a memory of Ronald to include in a keepsake book for family and friends.
View Tribute Book
Ronald Maynard Noell, 75, of Bedford, went to his heavenly home, Monday, January 10, 2022 at Centra Specialty Unit at Virginia Baptist Hospital in Lynchburg. Ronald was born June 23, 1946, in Bedford County and was the oldest child and son of the late Henry Maynard Noell and Lois Coffey Noell. Ron grew up on the Northside of Bedford near route 122 and route 675 now known as Lizard Ridge Road. Ronald attended Liberty High School Class of 1966. Ronald was a veteran of the U. S. Air Force and served in the Vietnam War. Ronald was an entrepreneur, retired truck driver of 30 plus years, he had a life long love for cars and motorcycles. Ronald had many friends and business associates and will be missed and loved by so many. Ronald is preceded in death by his brother Glenn Henry Noell. Ronald is survived by his two children, Kelly Jean Noell of Roanoke and Matthew Ryan Noell of Bedford; two grandchildren, Kayla Nance, Layne Nance; a sister Charlotte N. Hubbard of Goode and two nephew’s Keith Hubbard of Bedford, and Kevin Hubbard of Valley Center, California. Visitation will be held at Updike Funeral Home on Friday, January 28, 2022, between 1:00 p.m. and 3:00 p.m., A funeral service will follow at 3:00 p.m. in the Updike Funeral Home Chapel. With Pastor Donnie Glass officiating. Graveside service to follow at Timber Ridge Baptist Church cemetery. Instead of sending a ton of flowers, the family is asking people would make donations to help cover funeral cost. Link below.. <https://gofund.me/8d037718> or make donations directly to Updike Funeral Home. Arrangements are being handled by Updike Funeral Home & Cremation Service, Bedford.
To plant a beautiful memorial tree in memory of Ronald Noell, please visit our Tree Store
Friday
28
January

Look inside to read what others have shared
Family and friends are coming together online to create a special keepsake. Every memory left on the online obituary will be automatically included in this book.
View Tribute Book
Share Your Memory of
Ronald
Upload Your Memory View All Memories
Be the first to upload a memory!
Share A Memory
Plant a Tree