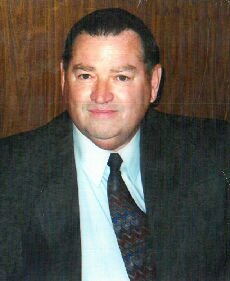 Please share a memory of Jerry to include in a keepsake book for family and friends.
View Tribute Book
Jerry Ray Eckart, 83, of Bedford, passed away Friday, January 21, 2022 in Lynchburg General Hospital. He was a son of the late Mary Lee Forbes Eckart and Edward Paul Eckart. In addition to his parents, he was preceded in death by his wife of 56 years, Irma Marie “Dinksey” Page Eckart; a brother, Paul Eckart; and a sister, Bonnie Toms. Jerry was a life-time member of Bedford Christian Church and a retired teacher, principal and drivers training instructor. Although his career was rewarding, he was a mentor and coach to many youth and adults. Jerry was a 1957 graduate of Bedford High School. He was also a graduate of Ferrum College earning The Junior College Diploma; his Bachelor of Science in Education from Concord College; and his Master of Education from Lynchburg College. His athleticism not only motivated him to be a three-sport athlete in high school but in college as well. Jerry’s first teaching assignment was in 1961 at New London Academy. During his career, Jerry coached volleyball, basketball, football, and baseball at Staunton River High School where he proudly led the baseball team to their first winning season. Later in 1991, Jerry retired from Bedford County Public Schools as principal at Body Camp Elementary School. During his spare time, Jerry was a Dixie Youth Baseball coach and an avid hunter and fisherman with countless trophies and amusing stories. Most weekends were spent square dancing, playing cards, and traveling to ball tournaments. Those that knew Jerry were quick to realize his grandchildren were his absolute pride and joy. There was never a conversation that didn’t involve all the details of their successes. His extensive competitive nature and winning determination in everything he did was clearly inherited by his children and grandchildren. Jerry is survived by three children, Stephen Eckart and his wife, Jody of Bedford, Angie Woodson and her husband, Dwayne of Amherst, and Chad Eckart and his wife, Kim of Bedford; five grandchildren, Holly Eckart, Hunter Eckart, Justin Woodson, Caleb Eckart, and Jacob Eckart; numerous nieces and nephews, and a very close group of friends made during his career. In lieu of flowers, please consider memorial contributions to Bedford Christian Church Building Fund, 1928 Moneta Rd., Bedford, VA 24523 or a charity of your choice. A celebration of Jerry’s life will be conducted at 2 PM, Saturday, January 29, 2022 at Updike Funeral Chapel, Bedford, with Dr. David Walton and Rev. James Compton officiating. The family will receive friends prior to the service from 12 Noon - 2:00 PM. Burial will follow in Peaks Church and Community Cemetery. Arrangements by Updike Funeral Home & Cremation Service, Bedford, VA.
To plant a beautiful memorial tree in memory of Jerry Eckart, please visit our Tree Store
Saturday
29
January

Look inside to read what others have shared
Family and friends are coming together online to create a special keepsake. Every memory left on the online obituary will be automatically included in this book.
View Tribute Book
Share Your Memory of
Jerry
Upload Your Memory View All Memories
Be the first to upload a memory!
Share A Memory
Plant a Tree