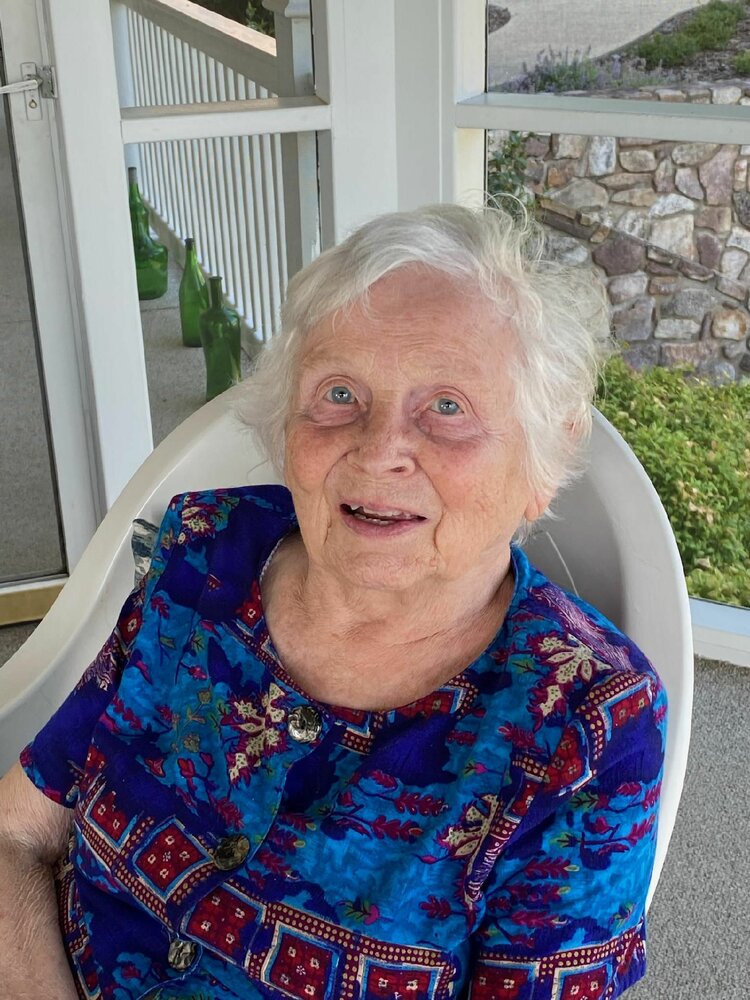 Please share a memory of Evelyn to include in a keepsake book for family and friends.
View Tribute Book
Evelyn Jean Lichty 91, of Huddleston, Virginia, beloved wife, mother and grandmother, died Thursday, January 20th, 2022, at her home surrounded by her family. She was born on November 25th, 1930, in New York City, New York, a daughter of the late Kathryn Blanchard. Jean's career with the Defense Department spanned more than 50 years. She traveled internationally, mentored younger agency staffers and received many prestigious awards that recognized her superior performance. · The citation of directorate of science and technology medal from the CIA. · The Operation Joint Endeavor- Balkans service medallion presented by CIA director George Tenant. · She received the Cryptologic service award, for 40 years of loyal and faithful service to the NSA. · Exceptional dedication to the office of special projects. · She also received a citation from the NSA and CIA in recognition of exceptional superior performances on joint clandestine collection operations. · Finally, she was given the Excellence Award for exemplary analytic work for dedication and support of the mission from GCI Jean’s other interests include playing her grand piano with her late husband Ed, accompanying her on the marimba every day. Jean started playing the piano at five years of age. She also played piano at the Staunton Baptist Church prayer meeting every Wednesday night. She was preceded in death by her husband, Edgar H Lichty, Jr; her mother Elizabeth Kellogg Stevenson; brother-in-law, Jacob Lichty and his wife, Kay; sister-in-law, Dolly Souders and husband Richard. Surviving are her daughters, Pam Floyd and her husband Phil, and Judy Hess and her husband Jim; grandchildren, Christina Hogan, Sean Floyd and his wife Denise, Tricia Floyd, Andrew Floyd, Megan Drew and her husband Sam, Zach Hess and his wife Olivia, Jason Hess; Great grandchildren, Addison Jean Hogan, Eva Marie Floyd, Rhett Parker Floyd, and Owen Levi Drew. the family would like to give special thanks to Heavenly Hands, the team at Gentle Shepherd Hospice, and a special thank you to Marsea Waller. For those wishing to make memorial donations, please consider the Salvation Army, 724 Dale Ave SE, Roanoke, Virginia 24013. Funeral Services were held on Saturday, January 22, 2022 at Staunton Baptist Church with Pastor John Reale officiating. Interment was held in the church cemetery. Arrangements by Updike Funeral Home and Cremation Service of Bedford, Virginia.
To plant a beautiful memorial tree in memory of Evelyn Lichty, please visit our Tree Store

Look inside to read what others have shared
Family and friends are coming together online to create a special keepsake. Every memory left on the online obituary will be automatically included in this book.
View Tribute Book
Services for Evelyn Lichty
There are no events scheduled. You can still show your support by planting a tree in memory of Evelyn Lichty.
Plant a tree in memory of Evelyn
Share Your Memory of
Evelyn
Upload Your Memory View All Memories
Be the first to upload a memory!
Share A Memory
Plant a Tree