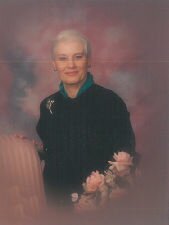 Please share a memory of Elsie to include in a keepsake book for family and friends.
View Tribute Book
On a cold February day ninety-three years ago, Elsie Irene was born to Warren and Lula Updike, older sister Hilda and brothers, Holmes and Ashby welcomed her into the family. Younger sister, Katherine, “Kit” was yet to be born. All five children attended Moneta High School, and were regular attendees of Quaker Baptist Church. In 1947, Elsie graduated from Moneta, and choosing a nursing career, she began training at Jefferson Hospital in Roanoke. Early in her training, Elsie fell in love with Bedford native, Floyd Calvin “Nat” Gibbs, and although the nurses’ training forbade it, Elsie and Nat were married at a quiet service at Quaker Baptist Church, attended only by the family. Upon graduation in 1951, Elsie took a job as nurse at the Elks’ Home Hospital in Bedford. Her dear friends at the Elks Home were sister nurses, Marie Powers and Doris Lisa. Not long after, however, Nat passed away unexpectedly and Elsie moved to a little apartment near the Elks Home. While living in the apartment, Elsie became acquainted with friends of her land lady’s. One of those friends was Bill Gillespie. Soon, Elsie and Bill were dating, and on July 3, 1956 they were married. Within the next few years, their two sons, Mark Grahame and Paul Livingston were born. Elsie and Bill later moved to Lakeview Lane, and attended Bedford Presbyterian Church. As the years went by, Elsie became qualified as a lab technician at the Elks Home Hospital. She enjoyed being able to brighten the day of the “brothers’ who lived there. Elsie worked at the Elks National Home for 46 years till her retirement in January 1998. She unselfishly dedicated her skill, love and devotion to the Special Care Unit. She was loved and respected by many. Her love for helping others continue as she volunteered at the Bedford Christian Clinic where she served since the doors opened in 1992. Elsie was honored in 2006 for her “Distinguished Service to the Bedford Christian Free Clinic” for her exceptional volunteer commitment and discipline to help others. In the meantime, Elsie had begun to lead a group of ladies in aerobics. She began when in her forties and led the same group of ladies, for the next forty years. During this same time, Elsie also taught a children’s Sunday School class at Trinity Baptist Church and lead a group of young ladies in AWANA. Elsie went home to be with the Lord Wednesday January 26th 2022. Now, Elsie is singing in a heavenly choir, and getting together with her family and some of her friends, again with joy. She is survived by her son Mark Gillespie and his wife, Sherry; her son Paul Gillespie, beloved granddaughter Brittany Winkler and her husband Wesley; her step-grandson’s Joshua and Shawn Jackson as well as her great grandsons, Liam, Killian, And Troy and a sister, Catherine "Kit" Schroeder. There are also many nieces and nephews who treasure her memory. A celebration of life service will be held at Trinity Baptist Church on Saturday February 5th, 2022 at 2pm. All are welcome to attend. In lieu of flowers, Elise has requested that donations be made to Trinity Baptist Church. Arrangements are being handled by Updike Funeral Home & Cremation Service
To plant a beautiful memorial tree in memory of Elsie Gillespie, please visit our Tree Store
Saturday
5
February

Look inside to read what others have shared
Family and friends are coming together online to create a special keepsake. Every memory left on the online obituary will be automatically included in this book.
View Tribute Book
Share Your Memory of
Elsie
Upload Your Memory View All Memories
Be the first to upload a memory!
Share A Memory
Plant a Tree