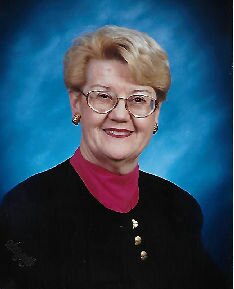 Please share a memory of Carol to include in a keepsake book for family and friends.
View Tribute Book
Carol Wilson Black, 81, of Bedford, passed away on March 11, 2022 at her home. Carol was born in Tazewell County on January 14, 1941, a daughter of the late Aubrey Walter Wilson and Daisy Nell Whitt Wilson. She is preceded in death by her husband, Charles “Zack” Black. She is survived by her son, Tim Black, and her daughter, Beth Hudson and husband Jerry; granddaughter, Eva Hudson, and grandson, Evan Hudson. She is also survived by her sisters, Nancy Jo Daly and husband Larry, and Brenda Lyons, and her husband Raymond. She grew up in Pulaski, Virginia, and graduated from Pulaski High School in 1959. In 1960 she married Zack, and they lived in Rural Retreat and Orange before moving to Bedford in 1964. Everywhere she lived she worked for attorneys, and once she moved to Bedford, she worked for the late Morton Padgett, Jr. She then became a Deputy Clerk for the Bedford County General District Court, and in 1981 became the Clerk of the Bedford County Juvenile and Domestic Relations Court. In 1983, she sought election as the Democratic Party nominee for the Bedford County Circuit Court Clerk. Having won the election with over 50% of the vote in a crowded field, she was proud to be the last Democract elected as a Constitutional Officer in Bedford County. She held this position for 24 years before retiring. She felt her greatest accomplishment was the modernization of the Clerk’s office through the computerization of the entire workload procedure for the office. She was also instrumental in working on the plans for the courthouse renovation, moving out of the building for two and one-half years, and moving back in, while making sure all the records were kept safe and in proper order. She was also proud of obtaining Library of Virginia grants to clean index, and preserve the records from 1754 to 1913, thus preserving a vital part of the history of Bedford County. Carol was also very active in local, state, and national politics. She was a previous Chair of the Bedford City Democratic Committee, Treasurer of the 5th District Democratic Congressional Committee, and a member of the Democratic Party of Virginia State Central Committee. She attended the inaugurations of Governor Gerald Baliles, Governor L. Douglas Wilder, and Governor Mark Warner, as well as the inauguration of President Bill Clinton. She was elected as delegate from the 5th District to the 1988 Democratic National Convention. She received appointments to the Local Health Benefits Advisory Committee by Governor Wilder, the Advisory Committee on Mapping, Surveying, and Land Information Systems by Governor Baliles, and the Cemetery Board by Governor Warner. Carol was elected President of the Virginia Association of Local Elected Constitutional Officers, which represents all the Circuit Court Clerks, Commonwealth Attorneys, Sheriffs, Treasurers and Commissioners of Revenue in the Commonwealth, in 1991. She held various offices in the Virginia Circuit Court Clerk’s Association. In 1987 she was selected Woman of Achievement by the Bedford Business and Professional Woman’s Club. Carol was a member of Bedford Baptist Church, served on the boards of Friends of the Bedford Public Library and Bedford Museum & Genealogical Library, member of the Bedford Host Lions Club and many other professional and community organizations. The family would like to express our appreciation to the doctors and staff at Blue Ridge Dialysis who cared for her for many years. In addition, we would like to thank Bonnie Francis, Diane Lewis, and Samantha Kistler, for the kindness and care you provided to our mother over the last year. You all were a blessing to her. The family requests in lieu of flowers to consider sending memorial donations to: Bedford Baptist Church. 1516 Oakwood Street, Bedford, VA 24523, Bedford Museum and Genealogical Library, 201 E. Main Street, Bedford, VA 24523, or Friends of the Bedford Public Library, 321 North Bridge Street, Bedford, VA 24523. Funeral services will be held at 11 AM on Saturday, March 19, 2022 at Bedford Baptist Church with Rev. Phillip Bailey officiating. Internment will follow in Greenwood Cemetery. The family will receive friends from 5 until 7 PM on Friday, March 18, 2022 at Bedford Baptist Church. Arrangements are being handled by Updike Funeral Home & Cremation Service, Bedford.
To plant a beautiful memorial tree in memory of Carol Black, please visit our Tree Store
Friday
18
March

Look inside to read what others have shared
Family and friends are coming together online to create a special keepsake. Every memory left on the online obituary will be automatically included in this book.
View Tribute Book
Share Your Memory of
Carol
Upload Your Memory View All Memories
Be the first to upload a memory!
Share A Memory
Plant a Tree