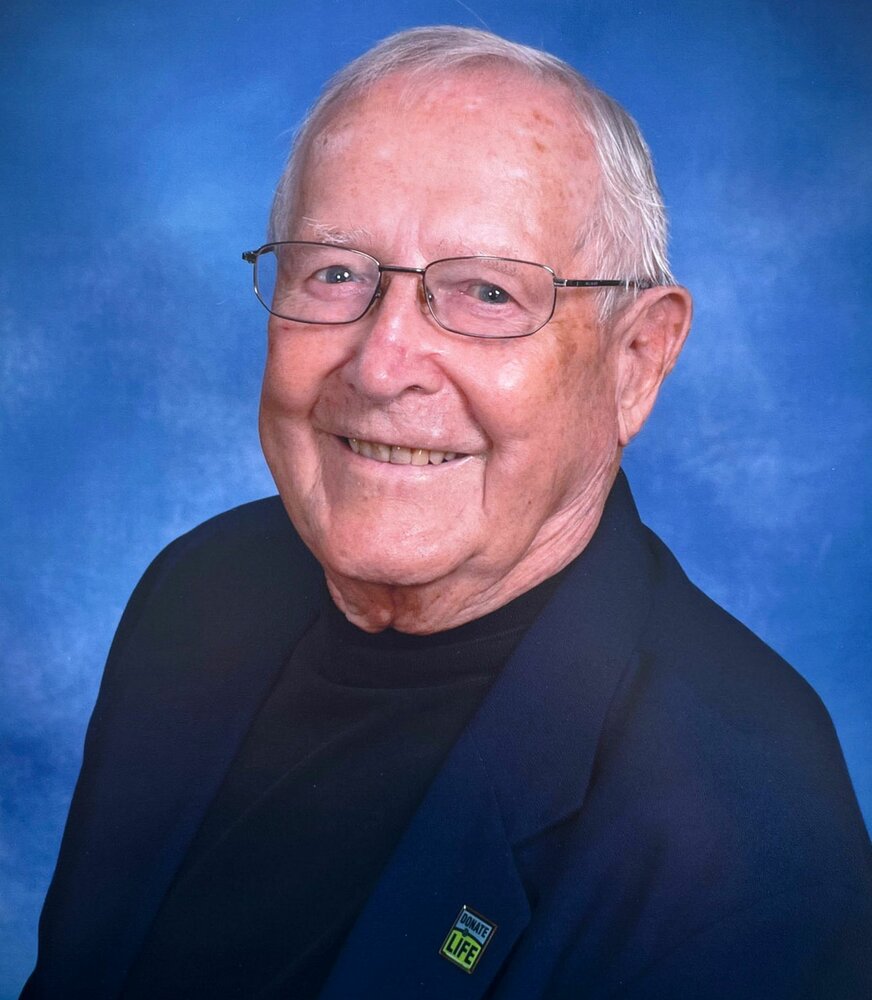 Please share a memory of George to include in a keepsake book for family and friends.
View Tribute Book
George J. Vensko left to be with God the morning of April 5, 2022, surrounded by family at Smith Mountain Lake. George was born in Greensburg, PA, but Brownsville, PA, was his self-professed hometown. After receiving his Centerville High School diploma, he enlisted in the Air Force, later entering officer candidate school. He rose in rank from First Lieutenant, to Captain, and then to Major. His first love was Melba Kathleen Hayes Vensko (Kathy), who preceded him in death on March 12, 2011. She was a rebel southerner who fell in love with a Yankee-born, southern-at-heart Airman. He felt blessed to find a second love, Jo Ellen Engle, at Smith Mountain Lake, sharing 8 fun-filled years together. He is preceded in death by his parents, John G. and Anna Catherine (Leja) Vensko, and his family members: Brothers Steven (Dorothy), Michael (drowned in Denbo River 1962), William (Marie-living); Sisters Helen Covington and Mary (Big Ed) Coglio; son, Timothy, at 1 month of age, daughter, Donna Young, at age 45, and beloved grandson, Jeremy Pinkerton, at age 22. His survivors include his brothers, John (Mary-deceased), Joseph (Kaye), Edward (Mary), his daughter, JoAnn V. Pinkerton (son-in-law- Bro), granddaughters Katherine (Katie) Pettitt (John), and Elizabeth (Liz) Pinkerton, his son George G. Vensko (daughter-in-law Melodie), granddaughter Kristina Shively (Logan), step grandchildren Collin (Yasmine) and Parker Schneider. He was thrilled to greet 3 great granddaughters: Hanalei (her baby sister on the way), Emmaline, and step granddaughter Ivory, along with the many cousins, nephews, nieces, and great grand relatives. In the Air Force, George worked in Strategic Air Command and Tactical Air Command, on the Inspector General team inspecting bases, and completed his career as a Major at the Pentagon. Highlights of his service included two service accommodations for outstanding service. He was a Korean War Veteran and provided training in Korea in the years following the war. George was stationed in various locations around the United States, with an extended 3 year tour in England, where he sponsored the Bellinghams (families remain close). George and Kathy cherished additional time overseas in Berlin in the company of dear friends Peter Mueller and Beatte. George was a caretaker, always wanting to be the perfect host, often beating you to the griddle. He was known as St. George for his exquisite caretaking of his wife during the 10 years following her stroke. He passed that mantle on to his son and daughter- in-law, George G. and Melodie, who both took meticulous care of him after he suffered his paralyzing stroke. George proved he was a fighter during his last two years, though he never did beat that wheelchair. George G., Melodie, and JoAnn delighted in his sense of humor and often described many days when laughter led to tears, on both sides, from laughing too hard. He was also known for his stubbornness, a Vensko trait matched by all family members. After his stroke, George found enjoyment in his daily routines, especially coffee drinking, despite its thickener. His grandchildren and great grandchildren helped him maintain his famous smile and humor. Loved by all - George was a gentleman, leader at church, at home, and work, and will be forever missed by those who knew him. Poppa George, Grandfather, Father, Friend, and supporter, his was a life well-lived in service to others. In lieu of flowers, please consider donating to one of his favorite charities: Legacy Hospice of Roanoke, 1312 Plantation Rd, Roanoke, VA 24017; Patmos United Methodist Church, P.O. Box 170, Huddleston, VA 24104; The Jeremy Pinkerton Memorial Fund, 346 Bloomfield Rd, Charlottesville, VA 22903 A funeral service with Military honors and a color guard will be held on Sunday, April 10, 2022, at 3:00 PM EST at Patmos United Methodist Church in Huddleston, VA. A reception will follow the service in the fellowship hall to share memories and refreshments. On Saturday, April 9, 2022, the family will receive friends and family from 5:00 to 7:00 PM at Updike Funeral Home & Cremation Service, 1140 West Lynchburg Salem Turnpike, Bedford, VA 24523 (540-586 3304). Arrangements are being handled by Updike Funeral Home & Cremation Service, Bedford.
To plant a beautiful memorial tree in memory of George Vensko, please visit our Tree Store
Saturday
9
April

Look inside to read what others have shared
Family and friends are coming together online to create a special keepsake. Every memory left on the online obituary will be automatically included in this book.
View Tribute Book
Share Your Memory of
George
Upload Your Memory View All Memories
Be the first to upload a memory!
Share A Memory
Plant a Tree