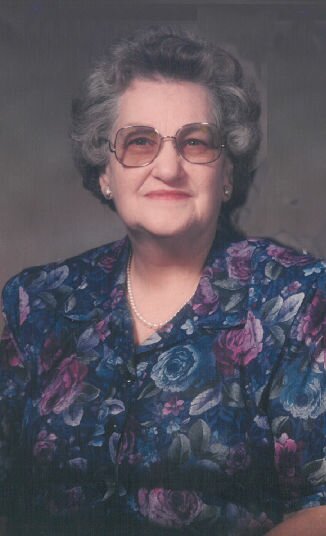 Please share a memory of Lillie to include in a keepsake book for family and friends.
View Tribute Book
Lillie Updike Carter, 98, of Bedford, died on Saturday, April 9, 2022 at The Colonnades Assisted Living Facility in Charlottesville where she had been a resident since 2012. She was born on Monday, October 16, 1923 in Bedford, Va., the daughter of the late Thomas Christopher Updike and Mary Virginia Fisher Updike. In addition to her parents, Mrs. Carter was preceded in death by her husband of 67 years, Lee Jackson Carter, who died in 2012 at the age of 100 years; a brother, George C. Updike; and a sister, Louise U. Webber. Lillie is survived by her son, James L. Carter, and his wife, Janet, of Bedford; daughters, Virginia E. Carter of Charlottesville, Lois C. Cooper and her husband, Brian, of Midlothian; her brother, Paul E. Updike, of Gloucester and her grandchildren, Ben Cooper and wife, Liz Garman of Chattanooga, Grant Collins of Oxon Hill, Md., Grace Cooper of Richmond and many nieces and nephews. Lillie grew up during the Great Depression and graduated from Bedford High School in 1942. She worked hard all her life as a homemaker, managing farm chores, including milking cows, picking and canning vegetables and caring for her family. She enjoyed cooking, sewing, embroidery and taking care of her flowers. She was a faithful letter-writer to her children and other loved ones. In later years she enjoyed reading and word puzzles. She was a lifetime member of Hickory Grove United Methodist Church. The family sincerely thanks The Colonnades for their loving care of Mrs. Carter during the past 10 years and also Hospice of the Piedmont for their support during her final months. In lieu of flowers, the family suggests that you consider Hickory Grove UMC Cemetery Fund in care of Nancy Adams, 2607 Triggs Road, Bedford, VA 24523 or the Bedford Volunteer Fire Department, P. O. Box 841, Bedford, VA 24523. A funeral service will be held at 1 PM on Saturday, April 16, 2022 at Hickory Grove United Methodist Church, 2025 Skinnell Mill Road, Bedford, VA with Pastor Russ Alden officiating. Interment will follow in the church cemetery. The family will receive friends thirty minutes prior to the service at the church. Arrangements are being handled by Updike Funeral Home & Cremation Service, Bedford.
To plant a beautiful memorial tree in memory of Lillie Carter, please visit our Tree Store
Saturday
16
April

Look inside to read what others have shared
Family and friends are coming together online to create a special keepsake. Every memory left on the online obituary will be automatically included in this book.
View Tribute Book
Share Your Memory of
Lillie
Upload Your Memory View All Memories
Be the first to upload a memory!
Share A Memory
Plant a Tree