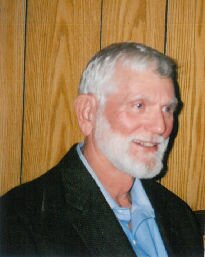 Please share a memory of Wayne to include in a keepsake book for family and friends.
View Tribute Book

Wayne Howerton Witt, 86, of Bedford VA passed away Saturday April 16th 2022 at his residence while surrounded by his loving family. He was born in Moneta on November 1, 1935. A son of the late Allen Morton Witt and Clara Howerton Witt, In addition to his parents, Wayne was preceded in death by his four siblings. Harry Beckham Witt, James Bennet Witt, Allen Thomas Witt and Rosa Hayden Griffin and his precious grandson Adam Wedler Lake.

Wayne served two years active duty with the United States Army, and then served an additional seven years in the reserves for his country. Anyone who knew Wayne, knew what a hard worker he was. Wayne worked full time while in high school at Burlington Mills, getting only a few hours of sleep each night. Wayne worked as a fireman for the Norfolk and western railroad, Wayne also helped to build the Smith Mountain Lake Hydro electric project for APCO. He was the superintendent over the construction of Moneta Elementary school and from that point he continued his career in the construction arena, building everything from hospitals and hotels to the NASA plant Iuka Mississippi. However, If you asked Wayne what he does for a living, he saw himself at the heart of things as a farmer, working the land that was his grandfathers. He raised anything from hay, tobacco, chickens and cows and all the vegetables his family could eat. He even built a log cabin by hand at the lake with his kids, down to chinking of the logs. He was definitely a hands-on kind of guy.

The rambunctious stories of wayne and his brothers are not few, but many. From running moonshine with brother Harry to fight club with Thomas, their reputation was the wild Witt boys.

Wayne was loved and respected by so many.

The Witt Family invites all friends and family to a viewing on Friday evening from 5 PM till 7 PM at Updike Funeral Home on RT 460 west, Bedford VA.  Memorial service and celebration of life will be Saturday April 21, 2022 at the Updike Funeral Home  in Bedford beginning at 11AM with reverend Wayne Murphy and Vernon Delong officiating. Interment will follow at Virginia Memorial Park in Forest VA. The family will receive friends following internment at Bedford Baptist Fellowship Hall.

Those wishing to make a memorial contribution in Wayne‘s memory, please consider sending a monetary donation to the national Alzheimer’s research foundation in place of flowers by clicking here.

Look inside to read what others have shared
Family and friends are coming together online to create a special keepsake. Every memory left on the online obituary will be automatically included in this book.
View Tribute Book
Share Your Memory of
Wayne
Upload Your Memory View All Memories
Be the first to upload a memory!
Share A Memory
Plant a Tree