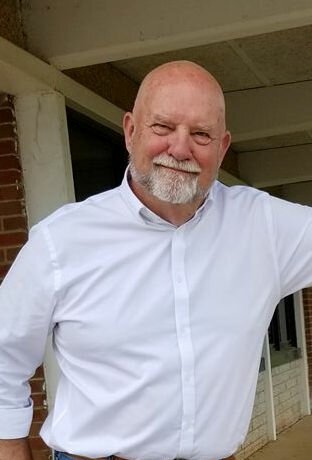 On May 14, 2022, Donald Mack Rowe, of Bedford, lover of British Sportscars, James Bond, Irish Whisky, golf, tennis, great stories, and wonderful people, began his next adventure by departing this life that he lived with gusto. He died in Raleigh, Wake County, North Carolina at UNC-Rex hospital after waging an incredible battle with cancer. Don left this world surrounded in love with the following loved ones taking turns by his bedside: his wife, Gwen; his son, David; his daughter Emily; his son-in-law Luther; his step-daughter, Kelly; his granddaughter, Emma; his grandson-in-law Austin; and his dear friends for almost 40 years, Dr. Robert and Gini Hedgepath.  Don was an exceptional man and was dearly loved.

Don was born January 23, 1947 to Ervin Rowe and Victoria Rowe (later married to Oliver “Smokey” Deel) in Buchanan County, Virginia. He was born in a home without running water. He and his older brother Jack walked to school as young children dodging coal trucks. He often said he didn’t know he was poor because everyone around him was poor. While he came from humble means, Don excelled in school. He was valedictorian of his high school class. He was a National Merit Scholar. When Don was granted a college interview, a local civic organization bought him a suit as he did not otherwise have one. Don was the first in his family to attend and to graduate from college. In order to begin the fall semester at King College (now King University), he hitched a ride on the back of a tobacco truck to the closest bus station and rode the bus to the campus in Bristol, Tennessee.

At King, Don managed to maintain high academic standards, become the class president, and earn “date money” playing pool. He decided to spend some of that money on an auburn-haired, beautiful, Alabama born co-ed named Marilyn Ryder. On their first date, Marilyn spontaneously kissed him in the middle of a diner while Don was mid-sentence. Don sputtered “I’m not sure I agree with such public displays of affection.” Later Marilyn confessed that her impromptu kiss was intended to make a former beau jealous. That kiss she laid on Don sparked a love story and a deep and dear friendship that would span more than fifty years.

After graduating from King College, Don taught school in Wythe County, Virginia. Don’s love of history led him to consider becoming a history professor. However, at Marilyn’s urging he changed his mind and decided to go to law school. He graduated from the University of Virginia School of Law in 1974. He served as a Judge Advocate General in the United States Navy. He and Marilyn lived in Orange Park, Florida while Don was stationed in Jacksonville at NAS-JAX. While in Orange Park, Don and Marilyn adopted their oldest daughter, Giselle.

In 1977, Don was honorably discharged from the Navy. He and Marilyn settled in a small town in central Virginia named Bedford. He initially worked for the firm of Radford & Wandrei. Around the time of the birth of Emily, Don’s second child, in 1978, he began his own firm. His son David was born just one year later. Don continued in the private practice of law, serving the people of his community. He additionally had a number of business ventures. He was particularly proud of Carriage Hill, an assisted living facility that he, along with Tommy Reynolds, Al Persinger, Oscar Padgett, and Betty Schutte, developed and built. He welcomed the opportunity to provide quality care to older folks while creating jobs in his community.

It is impossible to encapsulate forty-five years of practicing law in a small town in just a few sentences. During Don’s long and storied career, he helped scores of people solve problems and survive challenges. Don once remarked that each file in his office was a chapter of a person’s story. He was proud to have helped that person through that chapter. Don believed in appealing to the better angels of people’s nature. He fought hard and he fought fair. Don was an excellent advocate and problem solver for his clients. He was a gentleman to his colleagues. His civility to his colleagues and his compassion for his clients was exemplary.

In 2017, Don’s wife, Marilyn, passed away just weeks before Don’s first surgery to treat the cancer in his abdomen. Don’s strength carried him through that difficult time. After his recovery, Don had the good fortune to meet and to fall in love with his beautiful and accomplished wife, Gwen. Don once remarked that “Gwen could make a trip to Walmart fun.” The two married in June of 2020. While their time together was short, their companionship and happiness with each other was abundant.

In lieu of flowers, Don’s family asks that you please consider donating to the Christian Appalachian Project in his honor.
Our loss is only outweighed by our gratitude of having had the privilege to know him.

Thank you so much for the dozens of messages, phone calls, texts, and emails expressing your love and support.
May God's peace be with you.

Friends, Dad's family will receive visitors and toast the wonderful man we have had the privilege to know on Thursday, May 19th from 5 p.m. to 8 p.m. at the Avenel House in Bedford. A service celebrating Dad's life will be held at St. John's Episcopal Church on Friday, May 20th at 3:00 p.m.

To plant a beautiful memorial tree in memory of Donald Rowe, please visit our Tree Store
Thursday
19
May