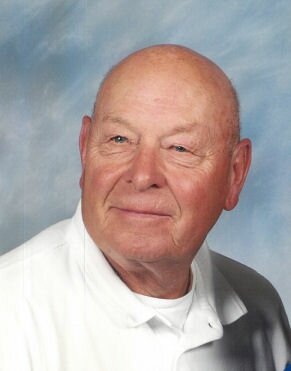 Please share a memory of Claude to include in a keepsake book for family and friends.
View Tribute Book

Claude Lewis Reynolds Sr. of Roanoke passed away peacefully at home on Monday, September 26, 2022. Born in Bedford, VA on February 13, 1926 to Thomas and Jessie (McAnally) Reynolds,

Claude graduated from Bedford High School and Emory and Henry College, Emory, VA. While in college, he met Anne Reynolds, and they were married August 23, 1947. They had one son, Lew. He was preceded in death by his parents, Anne and his four siblings, Hobson, Mike, Charles and Nan.

Claude served in the United States Navy near the end of World War II and in Korea with the United States Marine Corps during the Korean Conflict. Upon returning to the United States, he was the commander in charge of the Marine Corps unit in Parkersburg, WV until his honorable discharge in October 1954. He continued with the Marine Corps Reserve afterwards and retired with total military service of thirty-three years at the rank of Colonel. After retiring from active duty, Claude became an engineer with Appalachian Power Company in Roanoke, VA. He subsequently held multiple management positions with APCO and retired from them in February 1991 as Administrative Assistant to the Roanoke Division Manager.

Claude was active in the community and served on boards with the 4H Center at Smith Mountain Lake, RADAR and the Explore Park. He was a long-time member of South Roanoke United Methodist Church and active with the men’s club there.

The family will receive friends at Updike Funeral Home & Cremation Service in Bedford, VA from 5 until 7 PM on Thursday, September 29, 2022. A service in his honor will be held at South Roanoke United Methodist Church at 11 AM on Friday, September 30, 2022, with burial following the service at Greenwood Cemetery in Bedford, VA.

In lieu of flowers, the family requests that donations in his memory be made to South Roanoke United Methodist Church, Roanoke, VA.

Look inside to read what others have shared
Family and friends are coming together online to create a special keepsake. Every memory left on the online obituary will be automatically included in this book.
View Tribute Book
Share Your Memory of
Claude
Upload Your Memory View All Memories
Be the first to upload a memory!
Share A Memory
Plant a Tree