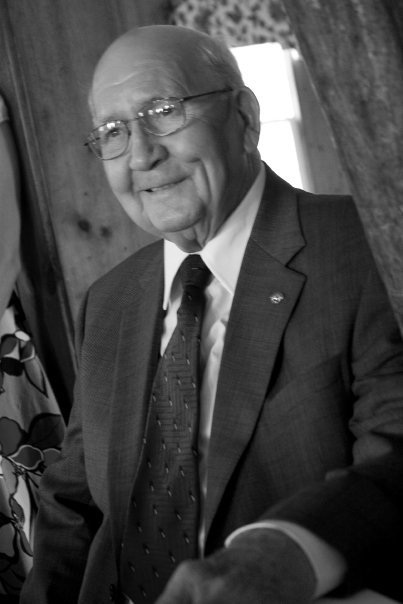 Wilmer R. “Bud” Dinwiddie, 90 of Bedford, passed away Tuesday, August 27, 2019.  Bud was born on February 1, 1929 in Bedford County, a son of the late Booker Wallace Dinwiddie, Sr. and Margaret Johnson Dinwiddie.  He was also preceded in death by his brother, B. W., Jr., and his sisters, Phyllis and Helen.

Bud served in the United State Army during the Korean War with the 169th Infantry as a cook and baker, where his love of hospitality began.  He owned and operated, along with his brother Neil, the Auto Dine Drive-In, Buddy’s Burger House, Terrace House Inn and Town Terrace Motel. Bud enjoyed raising and training labrador retrievers, gardening and teaching his nieces and nephews to cook.

He was also a member of Bedford Masonic Lodge #244, American Legion Post # 54 and the Kazim Shriners, Roanoke Chapter.

The family will receive friends beginning at 10 AM on Saturday, August 31, 2019 at Updike Funeral Home & Cremation Service, Bedford and a memorial service will follow at 11AM in the chapel.

A graveside service will be held at 11AM on Saturday, November 2, 2019 at Greenwood Cemetery with Rev. Wayne Murphy officiating.