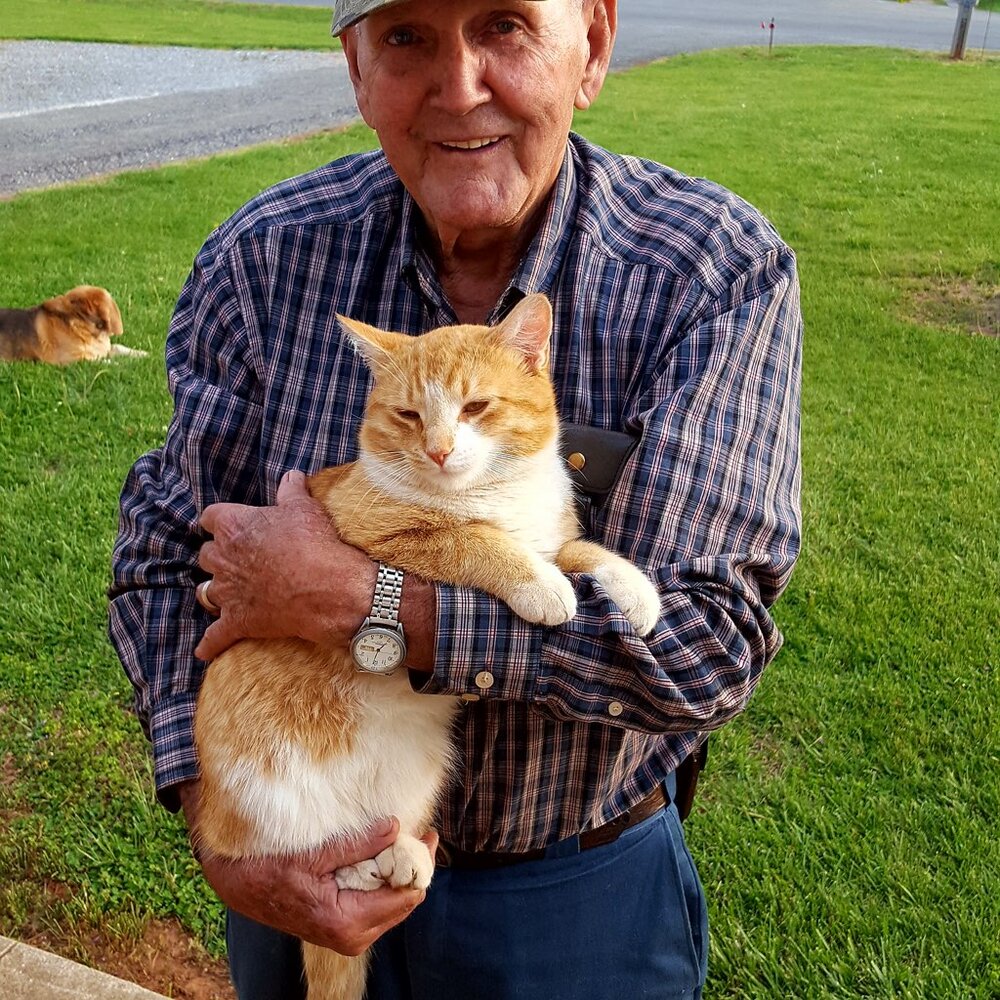 Please share a memory of Hubert to include in a keepsake book for family and friends.
View Tribute Book

Hubert was a proud veteran having served in World War II from 1951 -53.  He volunteered on the Peaks of Otter National Forestry Park until last year having served for twenty-four years.  He had a love for all animals, especially his special companion, Tom the Cat, who looked out for him and was his "ears."

He is survived by his daughter, Cindy Smith Hilditch & husband, Mark, Sr.; grandson, Mark Hilditch, Jr. all of Stevensville, MD; his sisters-in-law, Margaret Dudley; Judy Lilly & husband, Don; brother-in-law, Douglas Nester & wife, Ginger.  He is also survived by numerous nieces & nephews including a special niece, Wanda Dudley Goodman who could always get an "I love you!"; special friends, Charles & Joyce Ann Roaten, who fed him every Sunday for nine years.

Hubert lived his life on his own terms and he will be greatly missed.  He would often say that tears were a waste of time so we're here to celebrate his 89 years on this earth!

The family will receive friends beginning at 11 AM on Thursday, December 29, 2022 at Updike Funeral Home & Cremation Service, Bedford and a funeral service will follow at 1 PM in the chapel with Rev. Todd Childers officiating.  Interment will follow in the Timber Ridge Baptist Church Cemetery.

Look inside to read what others have shared
Family and friends are coming together online to create a special keepsake. Every memory left on the online obituary will be automatically included in this book.
View Tribute Book
Share Your Memory of
Hubert
Upload Your Memory View All Memories
Be the first to upload a memory!
Share A Memory
Plant a Tree